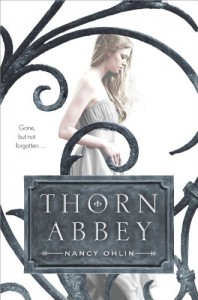 I was really looking forward to this book the cover is gorgeous, the plot sounded awesome and it is based on Rebecca. Unfortunately I was disappointed; I didn’t like this book at all. The prologue was awesome and I thought I was on to a winner but from there it just went downhill.

The writing is alright there was not enough description for me and there was a lot of telling instead of showing. The storyline was ok as well on paper it is interesting. What really let this book down were the characters.

To be honest I found it hard to find one person I liked in the whole thing. Everyone appeared to be rich and spoilt. They were mean, selfish and annoying.

Tess, the main character, was none of these things but she was still dislikeable. She is always beating herself up about how fat, ugly, pathetic, awful she is and it is infuriating, Tess is throwing the biggest pity party in the world. I wouldn’t mind if it was every so often but this is all the time. Then she meets Max (Maximillion De Villiers to be exact) she sees him across a class room then says hit to him. She is in his general vicinity for all of two seconds and she becomes obsessed with him. She thinks about him all the time and wonders if he is thinking about her as well. She then chases him out of a movie screening and they gave a short chat which she blows astronomically out of proportion. She is borderline creepy. She also has this annoying inner voice which is in italics. This is not something I am fond of in my books because it is so hard to get right. In this book it just gives Tess more page space to be self-pitying and obsessive.

This book just missed the mark for me. I can see some people liking the romance and I can completely understand why they would be drawn in by it but the lack of description, bad characters and blandness is hard to see through and made this book impossible for me to like.