Claimed by the Demon 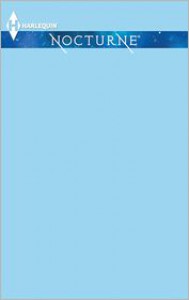 Claimed by the Demon was an interesting concept and I applaud the author for her originality and imagination, but for some reason this just didn’t really work for me.

Plot wise Claimed by the Demon was very different from anything I have ever really read. It was very new for me and I found the whole concept and style mostly very interesting. I do think that things could have been explained a little better, there were times that I really wasn’t sure what was going on. It started well and the mystery was intriguing but as the story continued it lost its appeal slightly.

I mostly liked the writing style, it felt very indie and understated. There were some flashbacks that didn’t really work for me due to the way they were written, I didn’t like the way each one started and found that they threw me out of the story.

The main issue I had with this book was the characters. Both Gwen and Mac are likeable, there was nothing about them that annoyed me but I just didn’t get to know them well enough. For some reason their personality just didn’t come through enough for me.

The romance was also an issue. The build-up was amazing, the chemistry between Gwen and mac was explosive but when they got together it was a bit of a let-down. The consummation of their relationship was lacking and the chemistry fizzled out which was a real shame.

Claimed by the demon was an original and interesting effort but I had some issues and it became a struggle to finish towards the end.