Just for the Summer Review 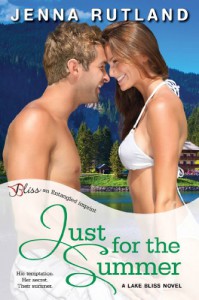 Just For The Summer had a lot going for it, it had a great storyline and
a male character to die for but somehow it just missed the mark.
Everything was just good enough but it never crossed into anything more.

The
storyline is a serious one but it was played more as a romance, and
instead of really addressing the issue of adoption we are given a female
lead that is a little to self-pitying, I understand why she is like
that to an extent but I would have liked a little more depth and a
little less waterworks.

The biggest issue was the ending, it felt
rushed and unrealistic.  it was as though the author had a strict word
limit and so had to cram a couple of chapters worth of storyline into
one.

The best thing about it was Matt who was great.  He was a
great character he filled the romance role perfectly but was also a
really great father.  The sexual tension between him and Dani was great
but when it came to the sexy times it was (unfortunately) a fade to
black.

Just for the Summer is a quick and engaging read but could have had a little bit more.