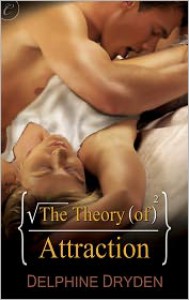 For more reviews check out my blog

A free copy of this book was given to me by the publisher in exchange for a review.

I knew things were a little different when I read this:

“He’s very much an acquired taste, and it took me a good year at least to realise I’d acquired it.”

At first I was confused; did that mean the male character was not jaw dropingly, thigh quivering hot? In a way it did, Ivan is not the normal romantic hero. He is a scientist, a nerd and is completely socially inept. I don’t mean he is shy or unconfident, Ivan has real social even borderline mental issues. He also clearly has OCD. It doesn’t sound very romantic does it?...Except that it really, really is. When Ivan is being his nerd self he is beyond adorable. He is charming in his own geeky way and is completely lovable (he reminded me a lot of Reed in Criminal Minds which did not hurt at all.) It was not hard to see why Camilla was so utterly taken with him.

Camilla is another thing that this book does differently. She doesn’t come from a bad or abusive background. She doesn’t have trust issues. She isn’t a push over and neither is she too stubborn for her own good. Camilla is a normal woman like you and me (unless you are a dude.) She is funny, realistic and impossible to dislike. I love the way she interacts with Ivan, the way she understands his awkward nature. I also love the way she obsesses and pines over him, it is really amusing (let’s face it we’ve all been there.) But what she doesn’t know is that Ivan is not just a control freak nerd, he also likes control in the more private and personal areas of his life…like the bedroom. It turns out that despite appearances Ivan is a Domme.

The first third of this book is 5 star worth and even after it is worth a high rating. It is not for the faint of heart but it has a lot more to offer than kinky sex. It is cute, funny and different from a lot of other books out there. It comes highly recommended by me.